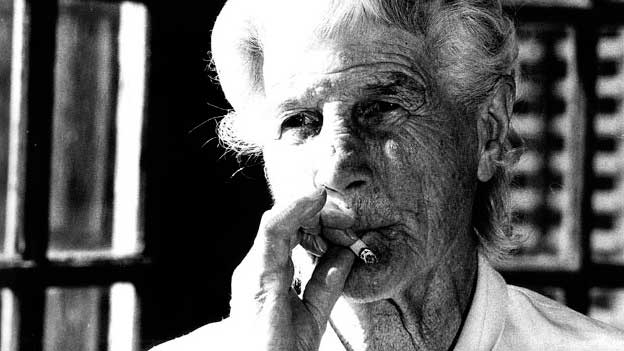 GALERIE HANNA BEKKER VOM RATH is named after its founder.

Hanna Bekker vom Rath (1893–1983) was an impassioned connoisseur and patron of the arts, as well as being herself an accomplished artist who studied painting and drawing under Ottilie von Roederstein, Ida Kerkovius and Adolf Hoelzel. Her career as a gallerist was kicked off by providing artists persecuted by the Nazis or whose work had been proscribed by the Nazi regime with secret exhibition opportunities. In the years 1940 through to 1943 she held clandestine exhibitions in her studio apartment on Regensburger Straße 34 in Berlin.

Two years after the end of the war, in May 1947, the Frankfurter Kunstkabinett opened on Frankfurt’s Kaiserstraße. A short while later the gallery relocated to Börsenplatz, the plaza next to the Frankfurt Stock Exchange, where it went on to become a fixture of Frankfurt’s artistic life for many years. Hanna Bekker vom Rath was a friend and supporter of Ida Kerkovius, Karl Schmidt-Rottluff, Alexej von Jawlensky, Ludwig Meidner, Oskar Kokoschka, Ernst-Wilhelm Nay and others.

By taking on the name, the gallery is able to build on the over 70 year-long tradition of the Kunstkabinett. The connection to art dealers and auction house Kunst- und Auktionshaus Döbritz allows the gallery to present its viewers with works from interesting artist estates created in the second half of the 20th century alongside its familiar program of classical Modernism in the tradition of founder Hanna Bekker vom Rath.